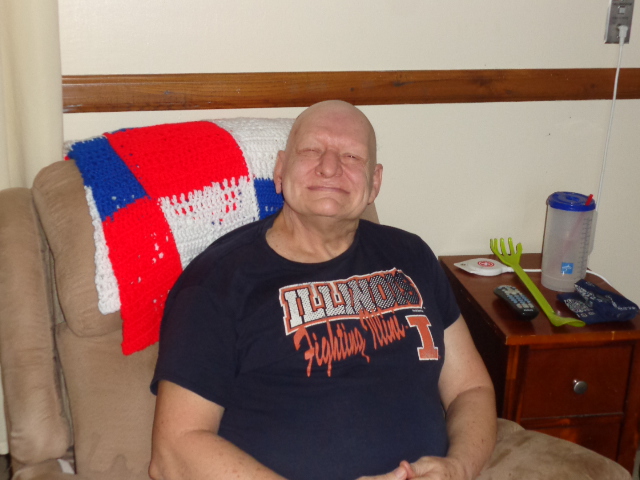 Born to Earl and Florence Keller in Indianola, Dennis has two brothers – Michael and Steven and one sister – Pamela. He graduated from Jamaica High School and is a veteran of the United States Army.

Growing up Dennis wanted to be a professional wrestler. Hulk Hogan was his favorite wrester and his inspiration. Although, his dream of wrestling did not come to be, he does still enjoy watching wrestling.

Dennis worked at the IGA in Westville for 8 years. He says “the best part of this job was getting to meet and talk to new customers every day”.

For Dennis, there were two major events that stand out in his lifetime, the Vietnam War and the assignation of President John F. Kennedy.  When we asked what the biggest challenged he had faced in his lifetime was he stated that it was the death of his parents.

Dennis stated that he believes the difference between todays youth and the way that he grew up is that kids today are becoming more violent and have more technology than when he grew up.

We asked Dennis if he could write a message to today’s younger generation to put into a time capsule to be opened in 20 years what advice would he have for them:  He stated

to stay in school!

Dennis resides with us at Pleasant Meadows and his hobbies today are playing bingo on occasion, going outside when the weather permits, taking road trips when we are able and watching sports on television.