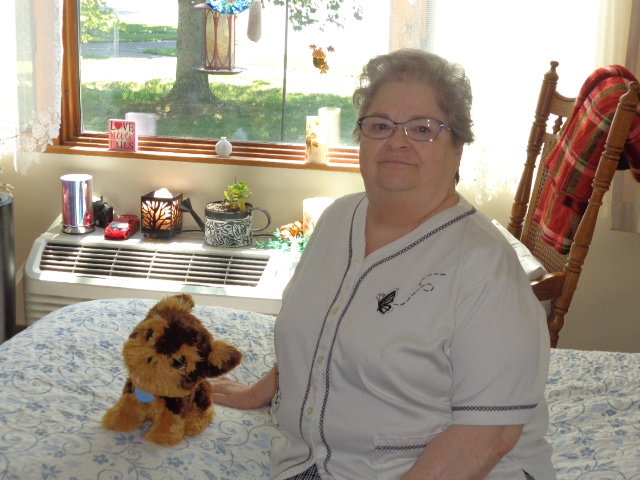 Judy was born in Chicago, IL. to Maurice and Neva Price. She has one older sister named Peggy. When Judy was still little the family decided to move to Decatur IL. where she remained for many years.

Judy graduated High School from McArthur High School in Decatur Il where she enjoyed playing the flute and piccolo in the concert band and orchestra. She then went on to SIU in Carbondale for one semester. She states that she regrets not returning to college.

Judy was married twice before but then finally met the love of her life Bill Warburton, they always say third time is a charm! Judy has two children one boy and one girl.

Judy knew as a teenager that she wanted to do something in bookkeeping with numbers and figures. She states that she was very good at both, but fate and a dear friend had a way of changing her mind. When Judy was just a teenager she began volunteering for a hospital and just fell in love with the setting. Judy’s first hospital job was a first clerk for Dr. Grover Seitzinger. Judy worked her way through the ranks getting promoted to various positions. She spent 32 years working at Lakeview Hospital as a Transcriptionist and as a Histotechnologist.

Judy says that two of the most memorable events in her memory are The Korean War and the Assassination of President John F. Kennedy

When we asked Judy what she sees as the difference between the way kids are growing up now from when she was a kid she said simply “electronics”.

When asked if she could write a message to today’s youth to be put in a time capsule and opened 20 years from now what advice would she give them her answer was:

As one of our independent living residents, Judy enjoys live entertainment, spiritual support, going outside and small parties and social events (when guidelines allow).