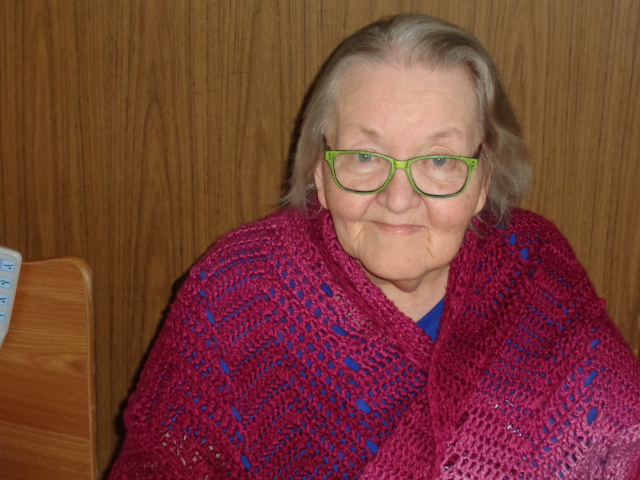 Kay Clapp was born in O’Fallon, Illinois not far from St. Louis, Missouri to Gene and Delores Elliot. She had one brother named Joe.

Growing up Kay wanted to be an Interpreter for the United Nations.  Kay graduated from High School at the Academy of Notre Dame.  Kay then went on to attend the Eastern Illinois University with a triple major in Latin American Studies, History, and Spanish.  Kay’s first job, as many of us, was babysitting and after that she taught History for High School grades 9-12 at Oakland High School for many years.  Kay says the most rewarding part of teaching was trying to make a difference in someone’s life and showing them that history was interesting through the frame of reference.  Kay and her husband Dale volunteered through the Brocton Christian Church at Pleasant Meadows visiting with the residents and passing out water.

Kay and her husband Dale eloped in 1971 in San Antonio, Texas and have been married for 49 years. They have one daughter, Sara, and a grandson named Aaron. When asked how they met, Kay says she asked him for a lighter and it was love at first sight!

Kay recalls 3 major events that happened while she was growing up. She recalls the Assassination of President John F. Kennedy, the first landing on the Moon, and the bombing of Hiroshima and Nagasaki.

I asked Kay if she could write a message to todays younger generation to put in a time capsule to be opened in 20 years what advice would she have for them:

All learning is valuable and do not throw it away just because you do not like the first 10 minutes.

Kay and her husband Dale now both reside with us at Pleasant Meadows. Kays hobbies are reading books and magazines, reading her daily devotionals, watching movies and camping.