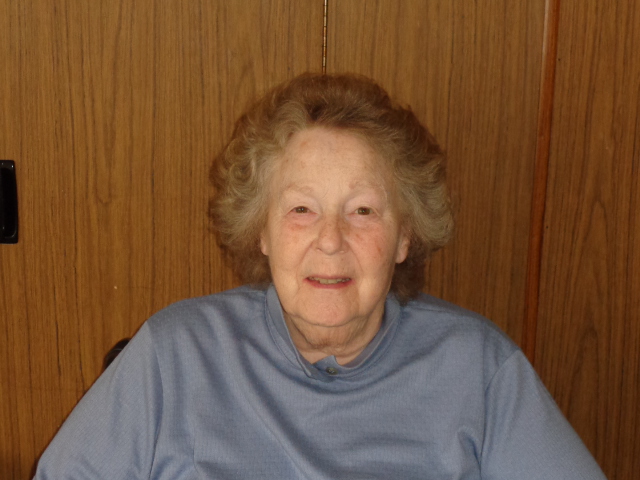 Esther Rhodes was born to Everett and Lucille Eversole in Shelbyville, Illinois. Esther had one sister and two brothers and fondly remembers growing up in the country.

Esther always knew that she wanted to be a teacher. Esther pursued her goal by graduating from Georgetown High School and then going on to college at Millikin University in Decatur, Illinois where she earned her bachelor’s degree in liberal arts. Esther then studied at Southern Illinois University and Eastern Illinois university and had 100 plus credit hours in computer and geology courses. After finishing her college education Esther taught for 5 years in the Danville school system and ultimately spent the next 30 years teaching at her alma matter Georgetown-Ridge Farm. Esther taught math and science at both the junior high level and high school levels.

Esther tells us, “The most rewarding part of the job is when the student had that ‘light bulb moment’ when everything comes together, and they smile when they get their paper back and it’s all really clicked for them”. The most challenging would be the students who have the ability and do not use it and do not apply themselves. Esther would never flunk a student who was giving their all. Esther states that she always tried to make sure that her students knew that she was not being objective to their ideas but trying to help them to see their full potential.

Esther grew up during the polio era. She had contracted polio and spent several weeks in a hospital in Springfield, Illinois during this time. She stated that the only people allowed to visit her was her mom and dad who came every week to see her. When she was all better and allowed to go home her mom and dad stopped at a shelter and let her get a dog that she named Jerry.

While studying at Millikin, Esther met the love of her life Steve. They have 3 children. Esther and Steve loved to travel and lived for some time in Mexico.

We asked Esther if she could write a message to today’s younger generation to put in a time capsule to be opened in 20 years what advice would she have for them. She stated:

Visiting Florida (from our home in Chrisman)
Next Post: Dance Party 2020 Style!